Home / The Envy CBD Blog/ Could CBD Enhance Intimacy in the Bedroom?
Previous  / Next

Could CBD Enhance Intimacy in the Bedroom? From everyone at Envy, we know how beneficial Full Spectrum CBD can be for a variety of categories in life.  From eating to sleeping, to improving your overall quality of life, studies and anecdotal reports have shown CBD to be a contributing factor in helping our Endocannbinoid System push the chemicals our body naturally produces along to enjoy the tasks more or perform them better.

Another category in our adult life may be enhanced, thanks to CBD: intimacy, which is precisely what we'll be diving into today.  Let's look at how CBD could change your sex life.

alcohol is not the solution to better sex

There can be hang-ups and turn offs when it comes to first getting intimate with someone.  It's not uncommon for a first date to include an alcoholic beverage or two to loosen up and feel less nervous about the whole situation.  Couple who drink alcohol in intimate situations do so together. Whether it is sharing a bottle of wine over dinner or having a few drinks at a social gathering, research suggests that couples who drink together have more intimate and satisfying relationships than those who drink apart.  In a recent study, Ash Levitt of the Research Institute on Addictions at the University of Buffalo in New York examined 470 married couples and evaluated their drinking behaviors over the first nine years of their marriages.  Levitt found that both men and women were expected to have more social and intimate interactions with their partners when they drank together.

To summarize the aforementioned point, intimate settings can be a daunting experience thanks to your brain, which will generate feelings of inhibition. According to Dr. Medeleine Castellanos, a board-certified psychiatrist specializing in sex therapy and author of Wanting to Want, introducing a substance like alcohol to the brain effectively shuts down some of the processes, making you more impulsive and less anxious.

The introduction to alcohol in the bedroom is not a see-all, end-all solution to eliminating anxiety and getting you all hot and steamy for the activities to follow.  Some people mistake the decrease in inhibitions as an increase in arousal and believe that alcohol has magical aphrodisiac effects.  In fact, it is quite the opposite.  With continued use of alcohol in intimate settings, it becomes increasingly more difficult to connects the dots between sexual activity and the need to feeling such activities.  Erectile performance for example, tends to decline after drinking, making the penis less responsive to stimuli.  As for females, alcohol is a diuretic, meaning the substance dehydrates the body.  Expect vaginal dryness and therefore a harder task to lubricate when under the influence.

It is safe to say that among all the other negative effects associated with alcohol, using it to stimulate more intimate moments with your partner might not work out for you in the long-run.

spicing up your sex life with cbd

CBD, on the other hand, is a non-psychoactive substance that has been shown to stimulate deep relaxation without feeling the adverse effects of intoxication as you would from an alcoholic beverage.  There are two points for this subject: first, the positive effects CBD appears to have on the cardiovascular system can increase blood flow and lower blood pressure.  One of the most notable issues men tend to face in bed is erectile dysfunction and whether you think you have it or not, chances are you already do in a very mild sense.  CBD has the ability to repair tissue damage and improve blood flow to the genital region.  Moreover, CBD's ability to naturally boost one's energy is a great complement to these other effects.

Based on a recent study, researchers noted that erectile dysfunction is caused by the natural aging of men.  The aging process creates a toxin called dioxin, which contributes to the onset of erectile dysfunction.  This, however, can be reversed with the help of cannabis as CBD flushes dioxin from the body; leaving you refreshed, alert, and ready to carry out your responsibilities in the bedroom.

As for the second point on enhancing one's sex life with CBD, this point particularly focuses on our female CBD users.  Endocannabinoid receptors within the female body are widespread and are most dense in the uterus, fallopian tubes, ovaries, vagina, and vulva.  Beyond its primal role in securing reproduction, both CB1 and CB2 receptors act as pleasure points help to increase sexual pleasure.  Normally, when you experience sexual arousal, blood rushes to your clitoris and vagina, creating opening, elongating and lubrication.  Similarly, when you apply phytocannabinoids to your vulva, they also increase blood flow in a process called vasodilation.

According to a study published by the Remedy Review in "Exploring CBD's Effects on Sex", a survey of 502 people used CBD during sexual intercourse.  Approximately 76% of women and 72% of men reported having stronger orgasms while using CBD.  The results were measured by "self-reported increases in sexual desire, orgasmic function, sexual satisfaction, and enjoyment and/or pleasure for intimate experiences.  While this was built on self-reports, it does indicate some positive association between CBD and female sexual function.

We've all been in this situation before: soon after the intimate activities end, you are left both physically and psychologically spent.  For both men and women, we are taught to be physically connected to someone but often ignore the truth that sex is a highly emotional and spiritual activity.  The idea that we wouldn't feel something before, during or after sex is unrealistic, but most have become so conditioned to think otherwise.  This psychological feeling is called post-coital dysphoria, which is a condition marked by agitation, melancholy, anxiety or sadness after intercourse.  This condition may arise even when the intercourse was both great and consensual.

Similar to our argument above, which compared the use of alcohol versus that of CBD to effectively increase arousal and orgasm, studies have found the two substances to deliver very different results post-intercourse.  If alcohol was consumed before or during intercourse, the associated feeling after sex may increase the likelihood of experiencing post-coital dysphoria along with the added effects of consuming alcohol.  In this case, a hangover ranging from mild to severe is bound to happen.

If CBD was consumed before or during intercourse on the other hand, the chemical properties of the compound stimulate deep relaxation.  While the experience of the post-coital dysphoria may still occur, the intensity of the condition is severely limited, since the bodily response to the CBD remains at a state of relaxation.  The result is a deeper, better sleep after the fun is over - something that most people would agree isn't as easy to come by if you have been drinking instead.

is CBD for sex worth it?

Whether you are in a long-term relationship or looking to have a little fun, intimacy in the bedroom is a huge part of life for many of us, and while alcohol has dominated the substance of choice to help couples achieve a higher state of enjoyment, there are adverse consequences in using that.

If you've been considering CBD for anxiety, trouble sleeping, appetite loss, or any of the other common symptoms people use CBD for, using the compound to increase and intensify arousal, orgasms, and the attached feelings of the comedown this may just be the final push in the right direction for relief. 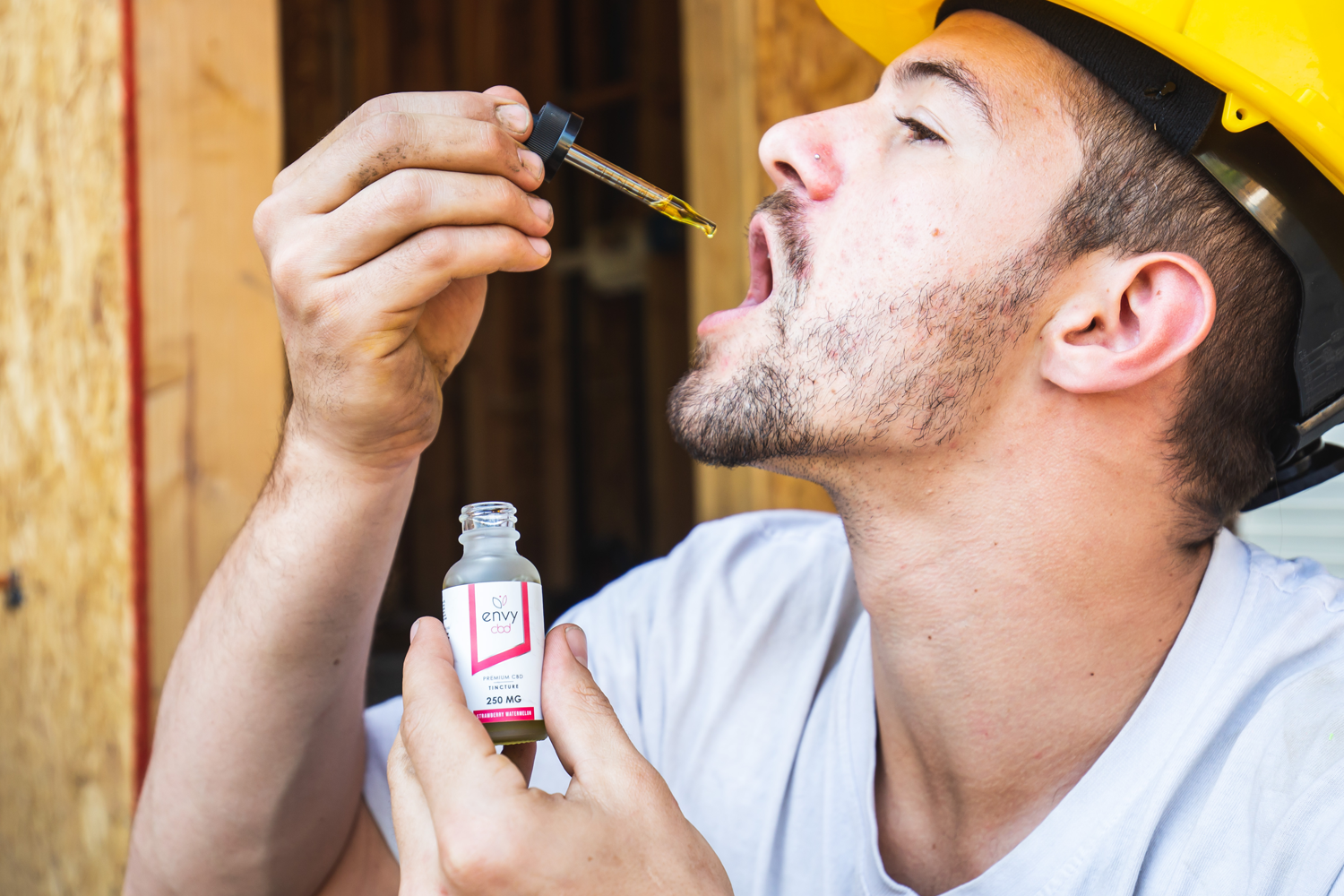 There are several companies out there that offer up CBD products that are specifically designed for enhancing the sexual experience; but an average dose off our Tinctures or Soft Chews should suffice!