Home / The Envy CBD Blog/ CBD for Athletes: An In-Depth Guide
Previous  / Next

CBD for Athletes: An In-Depth Guide Have you ever heard of the phrase, "no pain, no gain?"  If so, chances are you're into sports or at the very least, an active lifestyle.  As an athlete of whatever skill level, pushing yourself to the limit to overcome challenge is simply part of the game and under this particular mindset, pain and injuries is a very normal aspect of life.  Given the laundry list worth of pain and injuries that would occur if one isn't careful, can athletes look to CBD to not only relieve athletic injury symptoms, but also, elevate their game to become ever-more skilled at dominating the competition?  Let this article serve as an in-depth guide for athletes looking to incorporate CBD into their game.

Cannabidiol, otherwise known as CBD, is a naturally derived compound most commonly found in both cannabis and hemp plants.  Unlike it's psychoactive counterpart, THC, CBD is non-intoxicating, meaning you will NOT experience the all-too-familiar 'high' upon consumption.

Given the passing of the Agricultural Improvement Act of 2018, otherwise known as the Farm Bill, hemp-derived CBD products are legal to purchase and consume as long as the THC content does not exceed 0.3% of a dry weight basis.  CBD products, as a result, have become increasingly popular for wellness enthusiasts and athletes alike looking to elevate their own self-care routines with something that is naturally derived and possesses little to no adverse side effects.

how does cbd interact with the body?

Similar to most cannabinoids, CBD interacts with CB1 and CB2 receptors located throughout the body in what is known as the Endocannabinoid System (ECS).  Upon interaction, this synaptic signaling system fires off psychological and processes that ultimately change how we respond to situations we face.  For example, if we are hurt, the body responds with its appropriate pain response.  Upon consuming a CBD product, the compound is distributed throughout the body and interacts with receptors that regulate the pain response to reduce the effects experienced.

is cbd legal for professional athletes? 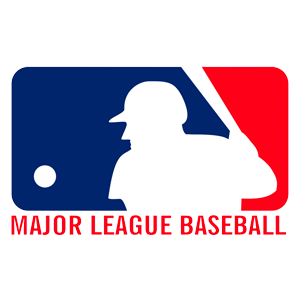 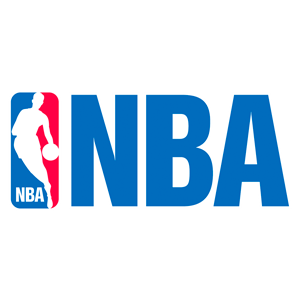 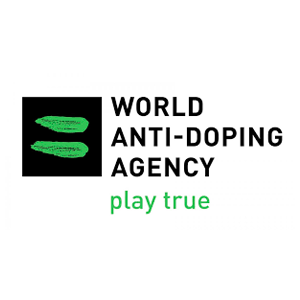 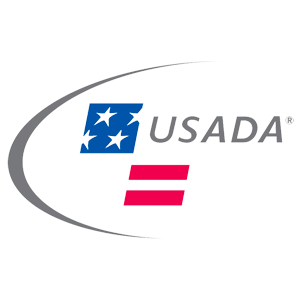 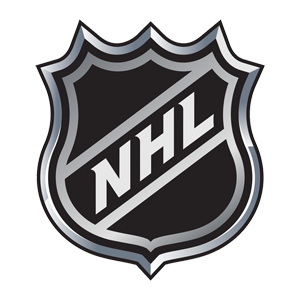 The short answer is: YES!  According to the World Anti-Doping Agency (WADA), CBD was removed from its list of prohibited substances, both within and outside of competition.  Around the same time, the US Anti-Doping Agency (USADA), National Basketball Association (NBA), National Hockey League (NHL), and to some extent, Major League Baseball (MLB) followed suit and did the same.  There is, however, an important caveat to the relaxed drug ruling: ONLY CBD was removed from the prohibited list and other elements that would otherwise make a CBD product, hemp-derived or otherwise, still exists in a legal gray area according to these organizations.

Each sports authority does have its own varying regulations that are specific to each.  We highly recommend reading up on them and consulting with your legal counsel before proceeding.

how does cbd help athletes?

So given what CBD is and how it interacts with the body, and given the legal stance by the sports authorities, how could CBD help athletes?  We've identified four reasons.

1. cbd can manage pain and inflammation better than nsaids

Whether you are a power-lifter, player, football player, cross-country runner, mixed martial arts fighter, or anything and everything under the Sun, chances are you experience muscle soreness.  Sore muscles after physical activity is known as delayed onset muscle soreness (DOMS) and occurs when muscles are required to work harder than they're used to or in a different way.  Physical activity in general causes microscopic damage to muscle fibers, causing soreness and inflammation while the muscles heal and rebuild itself into a stronger version. 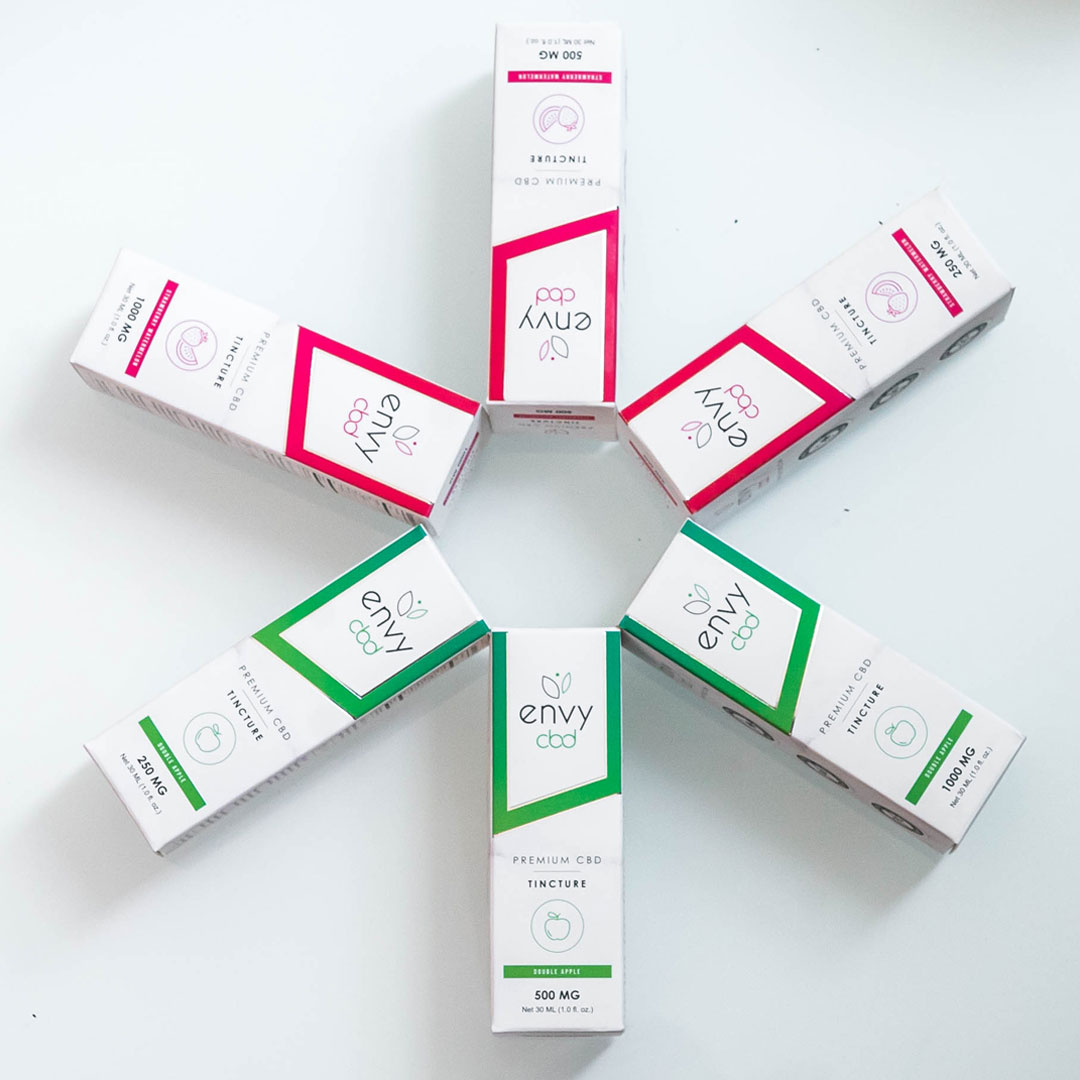 The usual, de-facto response to managing pain and inflammation is the use of over-the-counter painkillers, otherwise known as NSAIDs.  While NSAIDs are generally very effective in eliminating soreness, evidence shows that long-term use of certain painkillers can increase the risk of strokes, heart attacks, internal bleeding, and other serious health problems.  In fact, ultra-distance athletes, in particular, are typically advised to avoid NSAIDs during long training sessions and events, due to the increased risk of renal damage.

One of the the two more dominant benefits of CBD is that the compound acts as both an anti-inflammatory and analgesic agents.  Upon consumption and inevitable distribution throughout the body, the CBD interacts with the TPRV1 receptor, which regulates the pain response.  As a result, athletes and active lifestyle enthusiasts alike have jumped on CBD as a means to alleviate some of the more negative effects of maintaining such a physically demanding activity.

All workouts, especially tough ones, put stress on the body.  You are fatiguing, or tiring out, as the microscopic damage to muscle fibers takes its toll.  As a result, you experience hormonal changes and enzyme levels fluctuate as inflammation increases.  The typical post-workout recovery regime takes two main methods of recovery: 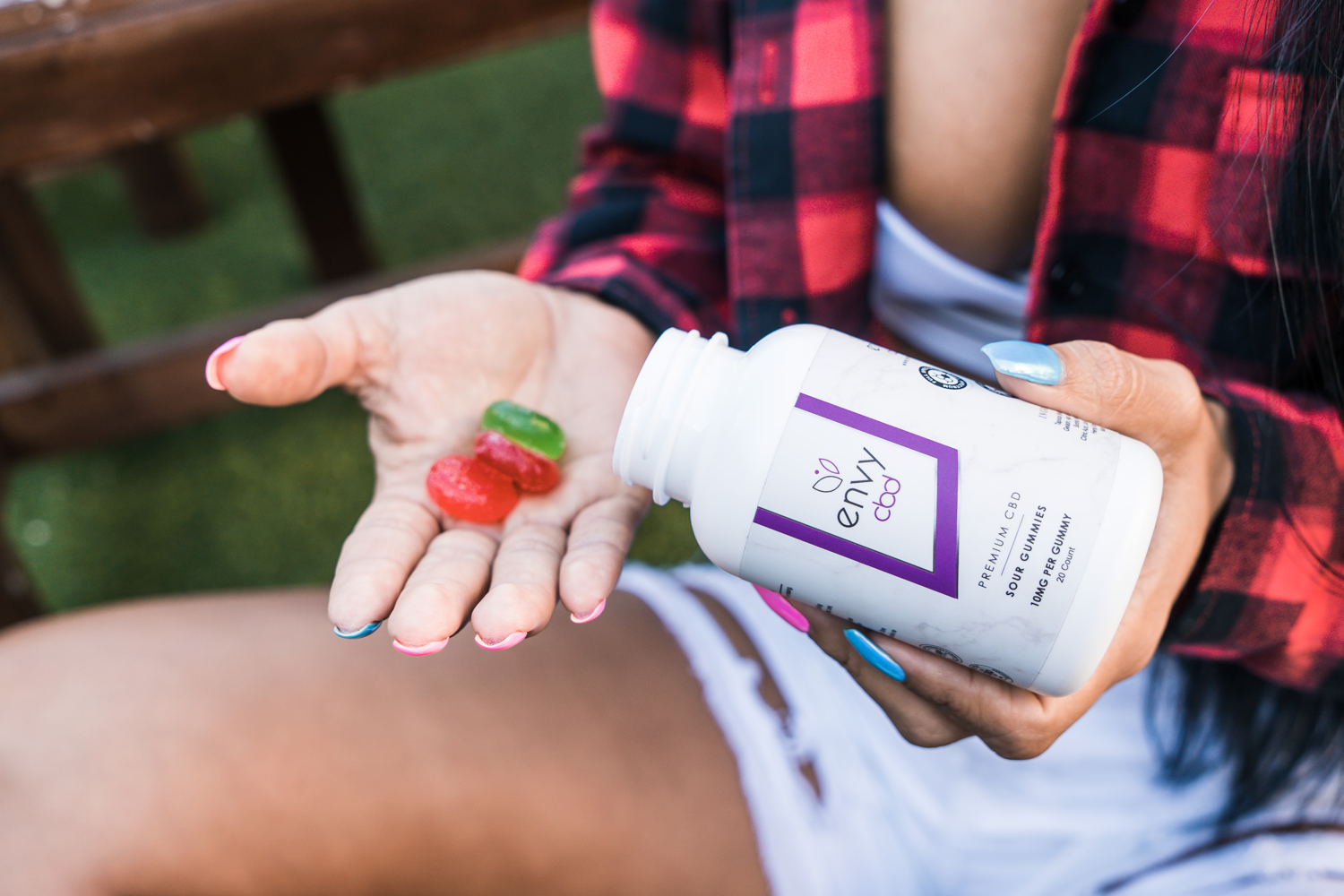 Since CBD already possesses anti-inflammatory characteristics, post-workout recovery times become a breeze!  Studies show Full Spectrum CBD products also contain antioxidants as they are found in the trace amounts of other cannabinoids that would be present under proper extraction methods.  This is where Full Spectrum, and to that extent, Full Spectrum CBD products shine.  The trace amounts of other cannabinoids, including that of THC, possess enough potency to even surpass the benefits Vitamins C and D deliver; all without causing adverse psychoactivity.

When combined, CBD's anti-inflammatory and antioxidative effects can help to reduce the damage caused by oxidation and therefore lower the amount of time spent during workout recovery. 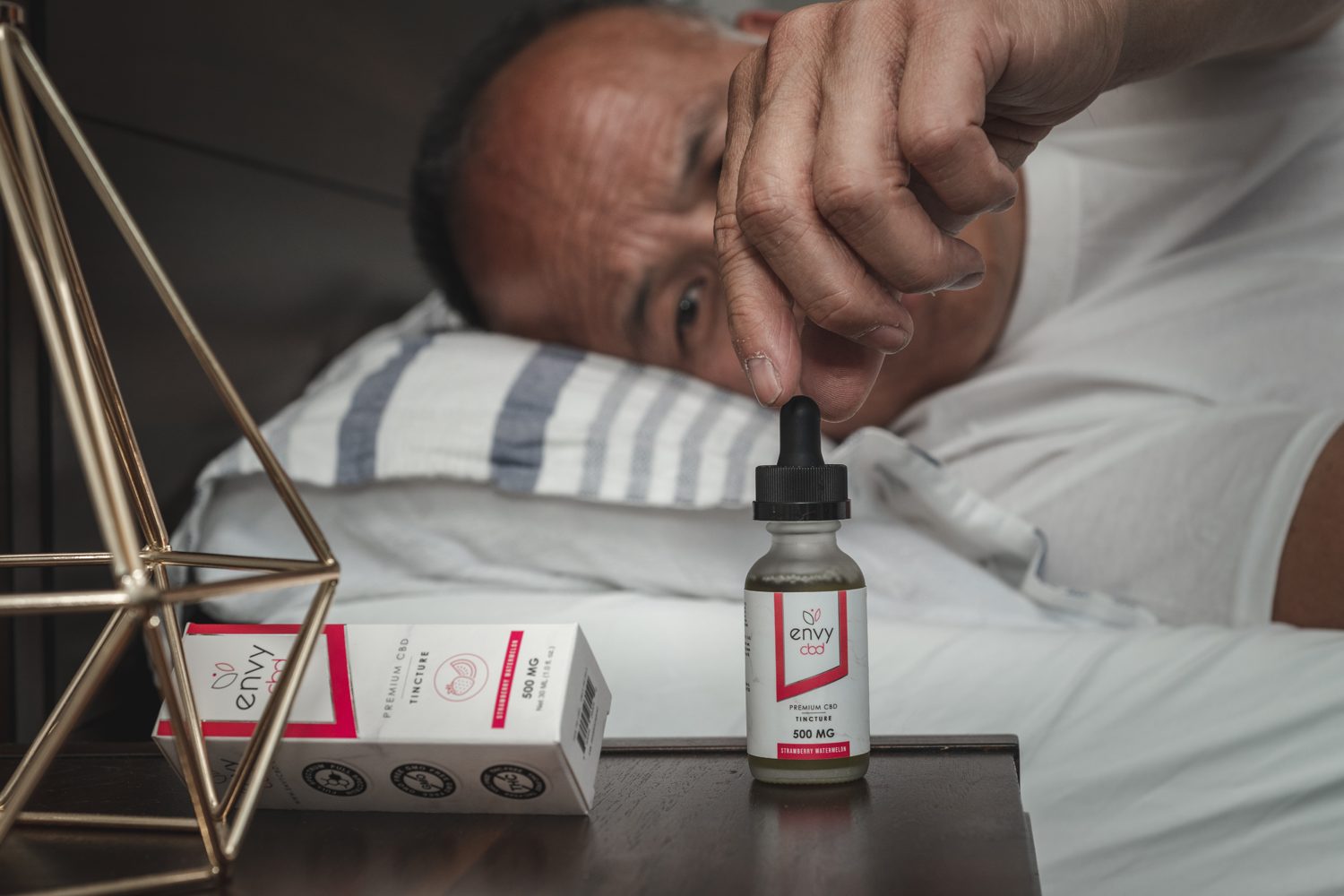 Despite CBD possessing the aforementioned effects that would otherwise speed up the recovery process, the act of doing so should not impede on our need for rest, namely, sleep.  Sleep is a vital health function that helps to rejuvenate the body while the mind can rest.  Without sleep, the body cannot restore itself, regardless if you are an athlete or not.

CBD encourages rest thanks to its ability to regulate our circadian rhythm.  According to a 2018 study on analyzing cannabinoids and circadian rhythm, our sleep-wake cycles are associated with body temperature.  Being awake is the result of the body becoming warmer, whereas being asleep is the result of being cooler.  When CBD enters into the mix, the compound interacts with CB2 receptors to mediate the amount of cytokine, which is a pain-receptor substance released by the immune cells.  The regulation of cytokine effectively reduces inflammation and pain which could cause interruptions during sleep.

In addition to regulating the process of sleeping, CBD also helps to encourage the ability to fall asleep faster thanks to its anxiolytic characteristics.  One of the most common reasons people cannot fall asleep in a timely fashion due to anxiety that would otherwise keep you awake.  CBD possesses the ability to regulate cortisol, which fires off and releases feelings of agitation and stress caused by a traumatic effect and/or anxiety.  By reducing cortisol levels, the ability to fall asleep can only further improve muscle recovery post-workout. 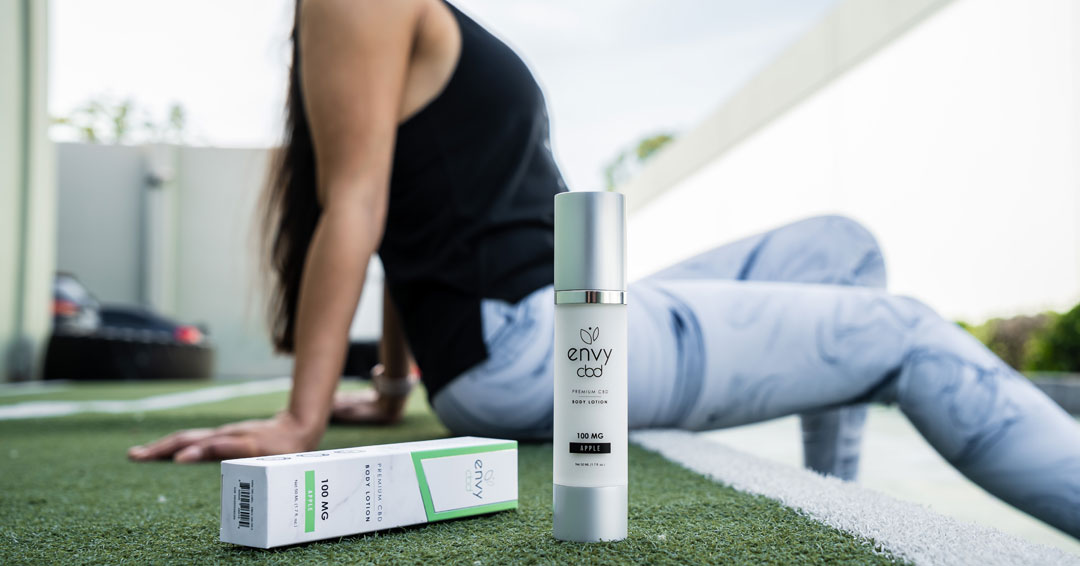 Do pre-game jitters affect your ability to concentrate on the field?  Most people surprisingly do and it's not uncommon to find solemn-looking athletes mentally prepare themselves for the big event just as much as they'd prepare themselves physically.  Stress associated with sports is often called performance anxiety and it's caused by levels of cortisol firing off within the body.  This performance anxiety can cause a range of unpleasant symptoms, including:

As CBD enters into the bloodstream, the compound interacts with 5-HT1A receptors in a way that increases serotonin production, or the 'feel-good' hormone.  According to the study, CBD's ability to increase serotonin production leads to an improved mood, reduced stress, and a calmer mindset away from anxiety-induced feelings.

Anandamide is a natural cannabinoid produced in the body and is responsible for regulating the perception of joy, among other things.  By introducing CBD into the fold, the compound interacts with amandamide levels, temporarily increasing its concentration and further eliminating feelings of stress, fear, and anxiety.

One of the most surefire ways to rid oneself of anxiety, particularly before a major event, is to regulate emotion.  When CBD enters the bloodstream and inevitably reaches the brain, neurogenesis encourages the production of cells around the hippocampus area.  This increased production of brain cells that interact with CBD helps to regulate emotion such as anxiety suppression.

how to use cbd as an athlete 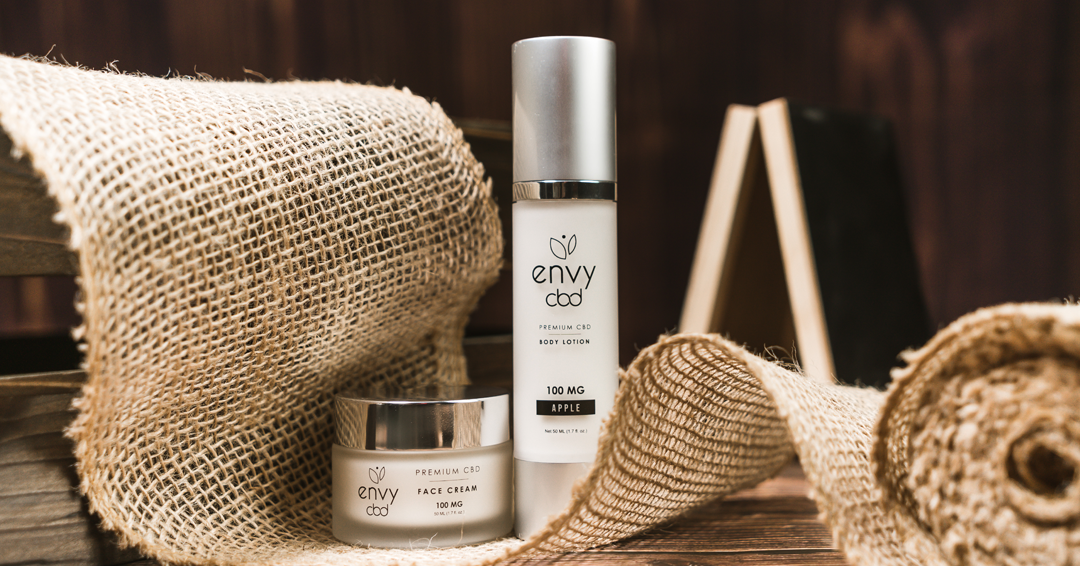 While methods like Tinctures and Gummies are always popular ways to take CBD, Topicals can be the ideal solution when it comes to athletic activity.  Whether it be a lotion, balm, muscle gel, or anything that is applied directly to the skin, the ability for CBD to completely pass metabolism of the liver speaks volumes on its effectiveness as a viable administration option as the compound is absorbed directly by the skin and onto the affected area(s) of the body.

When it comes to dosing, this is something that we as CBD manufacturers cannot help you with.  Ultimately, dosing CBD is inherently a personal journey that requires some degree of experimentation and constant change as your body may process things different from others.  As a general rule of thumb, taking CBD sublingually (under the tongue) is best used for psychological discomforts such as anxiety, whereas topicals are more for physical discomfort, including pain.  Whichever option you do choose, remember to start small and ask yourself how you feel every 10 minutes for about an hour.

Given the relatively new relaxed rules by WADA and the various sports organizations, it is imperative that you do your due diligence on selecting the CBD product that is right for you.  According to a previous article, we broke down what to look for in a product, which includes test reports and how to read them.

Despite the limited amount of information about CBD, one can deduce the potential benefits the compound possesses; and when it comes to elevating your athletic game, there is no shortage of curiosity if its means you can perform at your best.  Should you look to CB to help alleviate symptoms after the big event or simply to help you continue to push to be the best, consider checking out Envy's Topicals collection, suited for the athlete in mind!